One Day International games, known as ODIs, are a kind of limited-overs cricket, and the games are played between 2 teams with an international standing, in which each will face the other with a fixed number of overs, typically 50, possible.

The Cricket World Cup games are played in this format, and these games are also sometimes known as Limited Overs Internationals, or LOI, although this is a more generic term, and can also be used to refer to Twenty20 International games. They are very important matches, and are considered to be the pinnacle in terms of standards when it comes to competitions based on limited overs.

The History of the ODI

The One Day Internationals spectators in Australia and around the world enjoy today are a development in cricket that took place in the later part of the 20th century, with the first one being played on the 5th of January, 1971, at the Melbourne Cricket Grounds, with Australia matching up against England.

When the first 3 days of the 3rd Test match were washed out, it was decided that the match should be abandoned, and a One Day game consisting of 40 8-ball overs per side would be played instead. The Australian team went on to win this game, by 5 wickets, but there have also been a number of shocking defeats that this country has had to bear witness too as well. 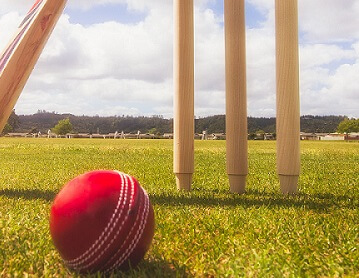 Bangladesh’s Stunning Defeat of Australia in 2005

Bangladesh’s win against the Australian team in 2005 is likely to go down in history as the largest One Day upset of all time. Bangladesh had the very worst record for ODIs, by a big distance, but somehow managed to upstage one of the best teams in the world on this day.

Before this incredible victory, the Bangladeshi team had only managed to win 9 of their 107 ODIs, and these wins included just 2 against teams outside of Zimbabwe and other non-Test-match-playing countries. They managed somehow to make hay underneath the Cardiff sun, however, thanks largely to a simply sensational century from Mohammad Ashraful.

The team was still smarting from their heavy defeat in a game against England, and they put this energy to use to restrict the powerful Australian line-up to 249 before they executed their run-chase to total perfection.

The 13-Run Victory of Zimbabwe against Australia in 1983

If there is an Englishman who can comprehend what the Bangladesh team felt like after they triumphed at Cardiff it is the British coach for the Zimbabwean team, Duncan Fletcher. 22 years ago, Fletcher and his debutants, in their 1st ever One Day International game astonished Australians in the opening game for the World Cup at Trent Bridge in 1983. He entered when the innings were about to collapse, spanked 69 rapidly, and then guided the team to a fighting total. The Australians were ambling along at 61/0, but when Fletcher returned, 4 vital top-order wickets were snapped up, and the historic triumph was set up.